For the last six years, I have been unable to see the Felabration Music Festival, held in my home city of Lagos, Nigeria. I was either in Germany, Oman, Turkey or The Netherlands. Not being around for Felabration all these years always felt like a lot was missing and I would look forward eagerly to the time I would finally witness it live in Lagos.
Felabration is the annual festival of music and arts, commemorating the life and times of Nigeria’s foremost musical icon, the late Fela Anikulapo Kuti, popularly known as the king of Afrobeat, Black President, Abami Eda (weird One) amongst many other aliases.
The idea and conception of Felabration as an annual celebration was conceived by Fela’s eldest child, Yeni, in 1998. With the exception of 1999, Felabration has developed exponentially and 2017 being the 20th year of Fela Anikulapo’s passing makes this particular Felabration important. 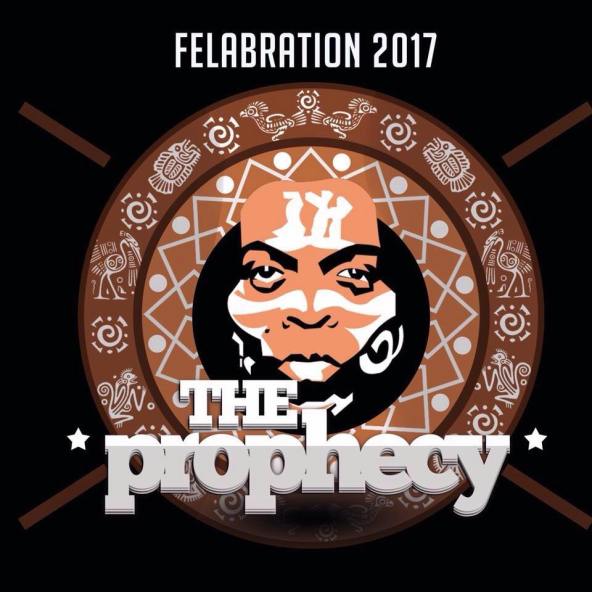 Being around this time, I was definitely going to be a part of it. By the time Felabration 2017 kicked off on the 9th of October, many fans were ready. Tourists from all around the world were in Lagos specifically to be a part of Felabration in its home country, Nigeria. I even hosted a friend from Spain for this event.

With Tourists and friends

I have witnessed Felabration around cities in Europe and the one I found spectacular was the massive show at The Paradiso, Amsterdam, The Netherlands (Felabration 2016). Felabration starts in many parts of Europe, Asia and the Americas, from the very beginning of Spring (end of February/March) till the end of September in many parts. I’m talking totalling hundreds of Afrobeat concerts all around the world in honour of Fela Anikulapo- Kuti.

For many Afrobeat fans around the world, to be in Lagos Nigeria, especially during Felabration is huge and huge it indeed was. The array of Nigerian super stars in dizzying. The crowd, unimaginable, it was seven days of non stop festivities all around the New Afrika Shrine, Ikeja and Freedom Park, Lagos, showcasing scores of Nigerian Artistes and also Artistes from all parts of the world.

Felabration is an official tourist destination of The Lagos State Government, who are major sponsors of the event. Felabration, over the years, has attracted many musical stars from all around the world, including: the late Lucky Dube, Baba Maal, Les Nubians, Asa, Tuface, Kymani Marley, Orlando Julius, Wizkid, Hugh Masakela, King Sunny Ade, Seun Kuti, and many others.

The final day was October 15th. The city had seen one full week of music and massive festivities – the kind never seen before, the whole crew, fans and the Kuti family members, at this point, were still firing on, in spite of not having a straight good sleep for days and days.

Wizkid on stage at the Afrika Shrine

Wizkid on stage at the Afrika Shrine

Adewale Ayuba on stage at the Afrika Shrine

Adewale Ayuba on stage at the Afrika Shrine

Felabration 2017 has come and gone. Preparation for the next one, in 2018, starts now. Special thanks to the (FOC) Felabration Organizing Committee for a fantastic job. Well done.

Eyes of a Lagos Boy